The Day the Crayons Quit- by Oliver Jeffers

Let's get started!
You will need: Tin Foil, a glass bowl filled half-way with water, a dark room and a flashlight.
Crumple your square of foil, then open it up, and place it on a table or on the floor.
Fill your clear bowl with tap water and place it on top of the crumpled foil.
Darken the room by turning off the lights. Hold the flashlight about 12 inches above the bowl.
Look at the foil through the undisturbed water.
What does the reflected light look like?
Now using your finger or a pencil, tap the surface of the water gently. Look at the foil through the moving water.
How does the reflected light look like now?
What happened?
The light rays reflecting from the foil when there was a movement in water appears to blur or twinkle.
Why?
The movement of the water causes the depth of the water to vary. The light rays twinkle because they bend or refract in different direction when it passed through the different depths of water.
This is similar to the light rays from the stars. They appear to be twinkling when you are observing from Earth because they refract differently as the light rays move through the different thickness of air in the atmosphere. The scientific word for this twinkling phenomenon is scintillation.
Why do starts Twinkle? Video Link... 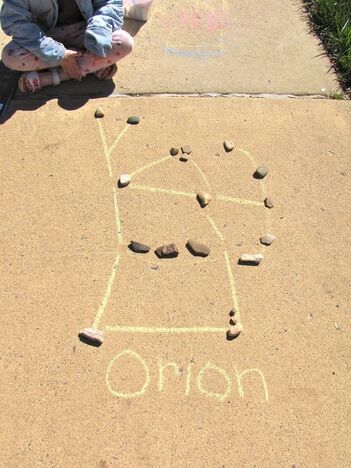 Coyote Places the Stars
A constellation is group of stars that make up an imaginary shape in the night sky. In ancient times, people saw patterns of stars in the night sky that seemed to make recognizable shapes. Some of them are named after mythical heroes like Hercules and Orion the Hunter. Other star patterns are named after animals, like Ursa Major — the big bear. The star patterns became a way to preserve stories, like the legend of Perseus rescuing the princess Andromeda from a sea monster named Cetus. As astronomers began mapping the night sky, these star patterns were included in the maps and called “constellations.” There are 88 official constellations, according to the International Astronomical Union. At different times of the year, different constellations can be seen in the sky. Sailors have used constellations to help with navigation for thousands of years. It's pretty easy to spot Polaris (North Star) once you've found Ursa Minor (Little Dipper).
Constellation Cards 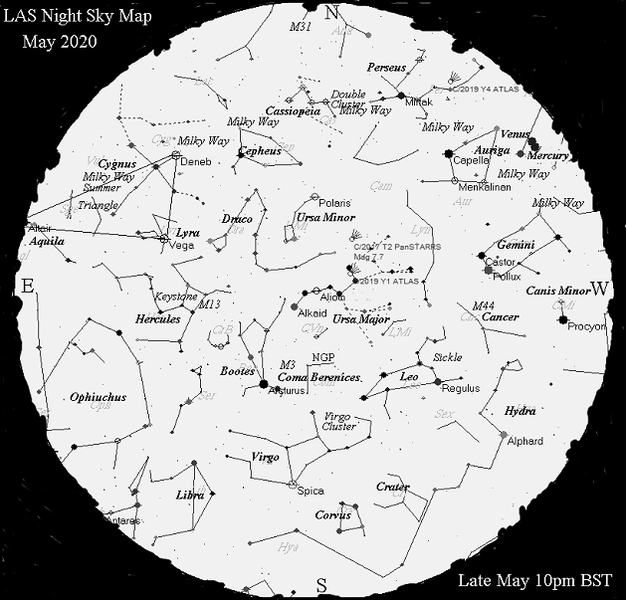